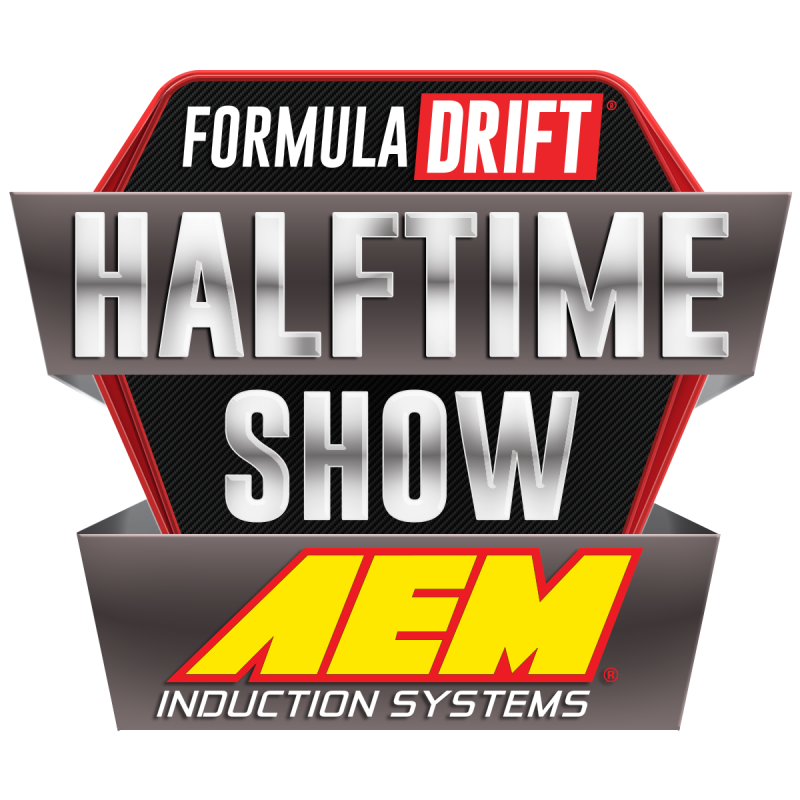 Formula DRIFT – the world’s premier competitive drifting series – is pleased to announce a new halftime show for the 2018 season. Sponsored by AEM Induction Systems, the show will be available to event spectators as well as viewers of the Formula DRIFT livestream broadcast.

AEM Induction Systems has a long history with Formula DRIFT. In the last 10 years, its sponsored drivers have won six FD championships. The company also uses the extreme environment created by the series to collect valuable product validation for its air filters.

Beginning with the Formula DRIFT final round at Irwindale Speedway in 2016, and at several FD rounds during 2017, AEM Induction Systems hosted the Maximum Driftcast halftime podcast from its booth in the paddock area. These shows were extremely popular with both FD fans and the Team AEM sponsored drivers thanks to some great story lines and interaction with the fans.

At the same time, Formula DRIFT was investigating different ways to expand its live broadcast. It has one of the most viewed livestreams in the world, reaching more than 2.5M fans annually. The series wanted to provide more stories to its fans and bring greater insight at each event, so it made perfect sense for Formula DRIFT and AEM Induction Systems to team up for 2018 to present the Formula DRIFT / AEM Halftime Show with Maximum Driftcast throughout the 2018 season.

Two more key Formula DRIFT partners, Nexen Tire and Motegi Racing, will also be on board as supporting brands, adding more content and features to the halftime show.

Maximum Driftcast has become a leading outlet for drivers to announce breaking news, tell their stories, and connect with fans like never before. Frequently, it is the fans who catch drivers off guard with the tough questions, and those moments are what make the show so great, along with the humor, knowledge and passion from the hosts Corey Hosford, Paco Ibarra and Sam Nalven. These elements will now be brought to the big screen, with FD fans able to enjoy the Formula DRIFT / AEM Halftime Show from the event venue or on their mobile devices via the livestream.

It can be viewed by accessing formulad.com/live during any live event as well as major platforms such as Facebook and YouTube. The schedule for each event is available at formuladrift.com

Formula DRIFT is recognized as the leading international drifting championship. Established on the streets of Japan, drifting has evolved into a worldwide competitive sport that challenges each driver’s ability and control. Formula DRIFT provides a series for professional drifters to compete nationwide for the coveted Formula DRIFT hampionship. As the first official drifting series in North America, Formula DRIFT has taken competitive motorsports to the extreme, attracting drift fans and car enthusiasts from all walks of life, and established itself as the global leader for the sport.

Formula DRIFT has the most viewed motorsports livestream in the world among millennials, catering to more than 2.5M fans annually. The series is also featured on CBS Sports in the USA and distributed globally by IMG Media, reaching over 400M households. CBS Sports Network is available across the country through local cable, video and telco providers, and via satellite on DirecTV Channel 221 and Dish Network Channel 158. For more information, including a full programming schedule and how to get CBS Sports Network, visit cbssportsnetwork.com

For a competition schedule and ticket information, visit formuladrift.com

Located in Riverside, CA, AEM Induction Systems has been a leader in the development of precision-tuned air intake systems for sport compact cars since 1987. AEM pioneered the DryFlow air filter and offered one of the first packaged intake systems on the market. Today, the same innovative design results in premium products for the latest tuner platforms and are truly, “Engineered To Outperform.” For further information, visit aemintakes.com 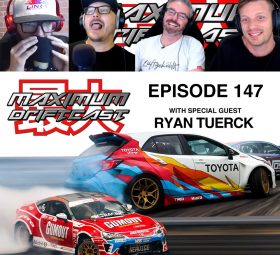 You Better Check Yo’self Before You Tuerck Yo’self with Ryan TuerckJune 19, 2019 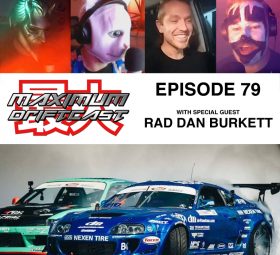 Spittin’ in Hands and Radical Dans: The Spooktacular!October 31, 2017 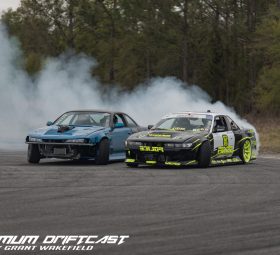