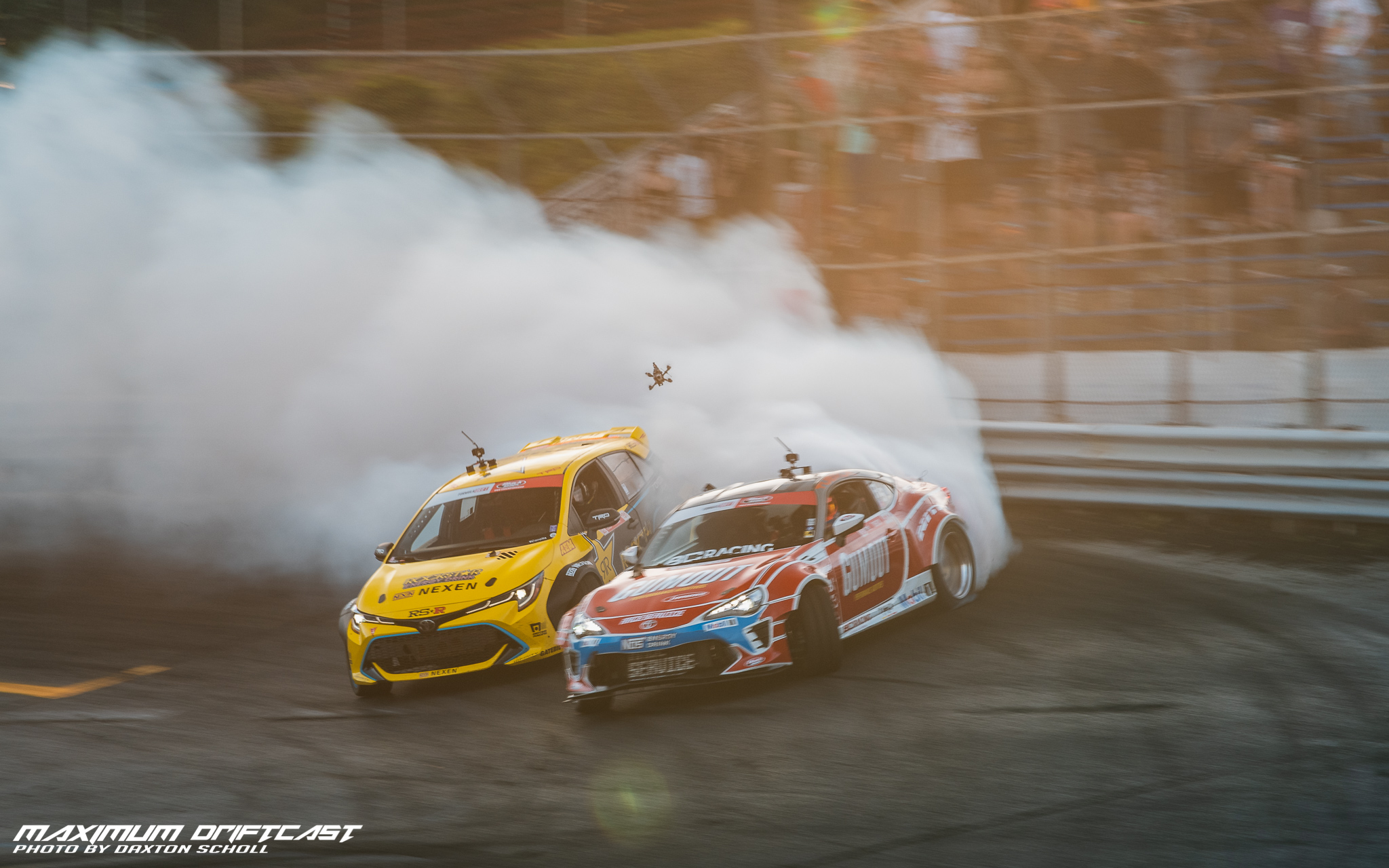 Round 4 of the 2019 Formula Drift season was a day full of great driving, a few casualties and a return to the podium for Ryan Tuerck. It also happened to be my annual pilgrimage across the state of Pennsylvania to Wall Township New Jersey to take a break from my typical grassroots coverage. This year I had the opportunity to do some more traveling to cover drifting and had more time to think about some of the differences I see between the pro and local scenes.

After years of spending weekends at my local tracks and watching regional drifting progress there are aspects of FD and pro level drifting that are simply not replicated. Last year FD100 was my first ever Formula Drift event I attended in person. To say that it wasn’t eye-opening would be an outright lie, everything is ramped up. The precision of driving, speed of entry and proximity were all breathtaking.

My weekend at round 4 started with an early arrival and time in the pits to myself. The unload and setup process is not far off of what people at your local organization are doing in the morning. Get the car out of the trailer, check alignment and pressures and get ready for the day to begin. It’s only once the 800+ horsepower engines start to crank over that you truly feel the difference…

Next step of the day is the drivers meeting and initial practice sessions. Cars make their way through the paddock and into the burnout box and then finally reaching the track to get some laps in prior to competition. This session is a pick up game where you grid up with anyone and attack the course.

From practice we advance into Top 32 where the real event begins. By this point the stands are packed for what will become a sell out crowd at Wall Stadium Speedway. Being down of track seeing the stands full of fans and hearing drivers you have admired for years tearing past the media bunker feet away is an incredible audio visual experience. The precision of drivers starts to show its face as competition increases and teams are fighting for their spot in the round of 16.

Moving to Top 16 we got to see some great battles and take a break for some driver introductions on the front stretch. One battle that specifically stood out to me was the match up of Forsberg and Tuerck. Long time friends going head to head to claim their spot in the next round was exciting to watch, and it seem like the crowd agreed with that assessment.

The quarter finals brought us a final field of Tuerck, Aasbo, Deane and Gittin all successful drivers from different eras of Formula Drift. James Deane was for sure gunning to have a repeat of FD100 and take the top spot once again. As always his driving was tight, technical and precise leading to his quarterfinal win over Matt Field. Tuerck also managed to stop Justin Pawlak who had been riding high off of his perfect qualifying score he achieved the day before.

Semi’s where again a great matchup with both battles bringing energy to the crowd and the track. Gittin Jr. and Aasbo had quite the match up resulting in not one but two OMT battles. This event much like last years brought many OMT battles with a total for the day of 8 one more times. Unfortunately for Gittin his night would be over after a crash on the bank leaving Aasbo to face off with Tuerck in the finals.

Tuerck and Aasbo faced off in another fierce battle bringing them one step closer to finding out who was superior on the steep banks of Wall Speedway. This battle was a rematch of Road Atlanta and was as high energy as the crowd could ask for. After two attempts around the circuit the judges couldn’t make up their mind and pushed for a OMT run. After this Tuerck came out on top and celebrated his teams hard work to make it back into the winners circle.

I hope you all enjoyed FDNJ 2019 as much as I did. If you have never been outside of your local grassroots scene I would encourage you to take a trip to your nearest FD stop and see what is going on in the pro circuit.

See you at the next one!
-Dax 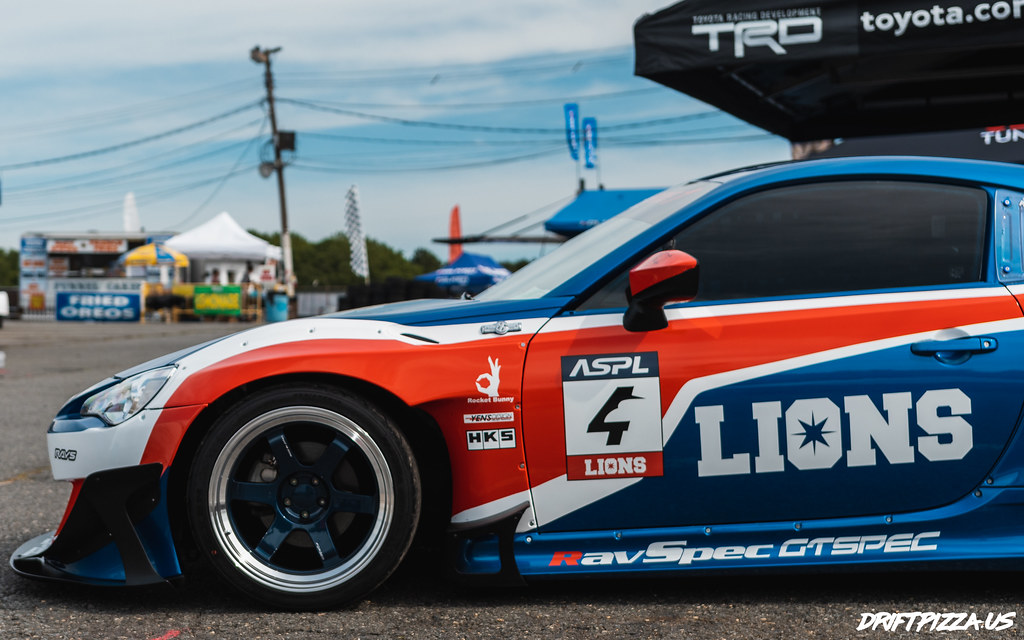 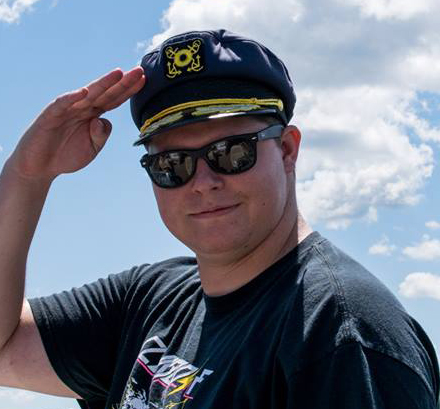 Originally from Bethlehem PA, Daxton has found his way into the northeast drifting community through the Pittsburgh branch of Clubloose, Clubloose II. He is a computer engineer by day, avid drifting fan by night, full time photo nerd and founder of Drift Pizza Media, the leading source of pizza fueled drifting coverage.

Getting Effed Up and Loving PeopleSeptember 5, 2017 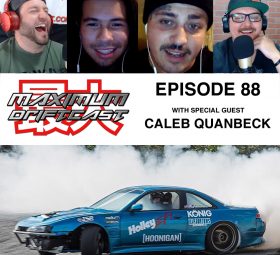 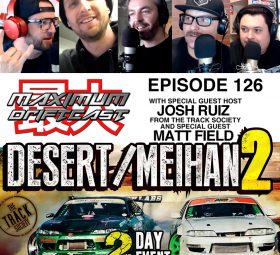 The Field and the Meihan with Matt Field and Track Society’s Josh RuizNovember 21, 2018 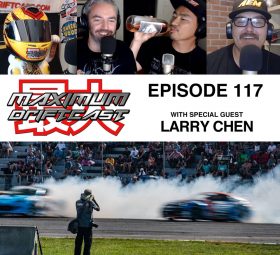 The Gross Champion Meets The NofaSeptember 26, 2017